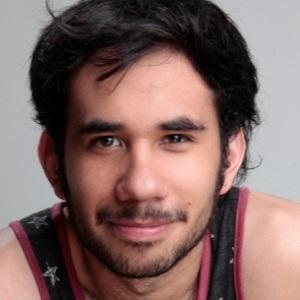 Born Gabriel Montiel, he was the first Mexican vlogger to reach 100 million views and one million subscribers. He now has over 16 million subscribers on his self-titled channel. He also co-runs the couples' channel AtuLadoEsMejor with his girlfriend.

He began playing soccer at a young age and made it to the Ascenso MX league. He uploaded his first soccer-themed YouTube videos in 2007.

He is best known for his two successful Spanish-speaking YouTube series: Adultescents and Mexmen. From 2007 to 2019, he was a member of the YouTube group w2mcrew. He's also popular on Instagram and TikTok, where he's gained more than 5 million followers and 4.6 million fans, respectively.

He was born in Mexico City and lived in Ciudad Juárez for four years. His brother is a social media phenomenon as well, known as Escorpión Dorado. They often feature one another on their YouTube channels. His girlfriend is fellow web star Fernanda Blaz and together they have two French Bulldogs named Niño and Sandía.

werevertumorro Is A Member Of