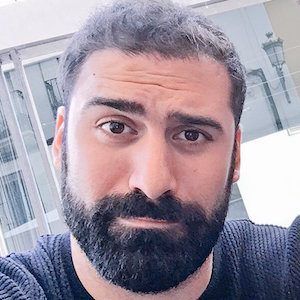 Comedian, actor, video content creator and social media sensation whose largest following is on Facebook, where he has gained over 4 million fans. He is also popular on Instagram, where he publishes short-form comedy videos for his more than 2.9 million followers.

He kicked off his career as an internet personality across several platforms at the same time, registering for Twitter, Instagram and YouTube in February of 2014. He had posted a few Vines beginning in July of 2013, but became an avid creator on the platform in February 2014.

He was born in Alicante, Spain.

He is a Spanish social media phenomenon like Ruben Gundensen.

Jorges Cremades Is A Member Of