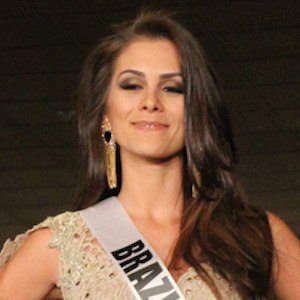 Brazilian model and beauty pageant queen known for being crowned Miss Brazil 2012. She went on to represent her country in Miss Universe 2012 and placed fifth.

She graduated school with a degree in food engineering.

She was born in Rio Grande do Sul, Brazil.

She competed against Miss Universe winner Olivia Culpo in 2012.

Gabriela Markus Is A Member Of