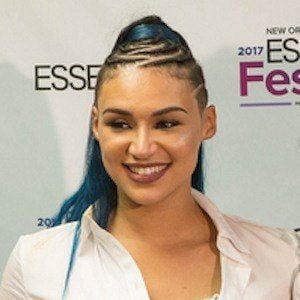 R&B singer who starred on the BET doc-series Chasing Destiny and became one of the five finalists chosen to become part of Kelly Rowland's girl group June's Diary.

She was signed up for choir in seventh grade by her father and grew to love music from there.

She has cited artists such as The Talking Heads, The Beatles, Sarah Vaughan, and Michael Buble as some of her favorites.

She is from Glendale, California.

She and fellow contestant Brienna Devlugt both starred in Chasing Destiny and went on to become members of June's Diary.

Gabrielle Carreiro Is A Member Of