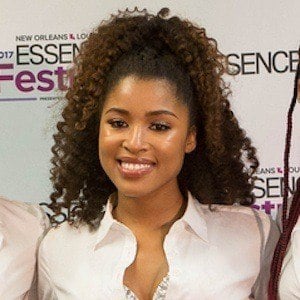 R&B singer who became known as one of the five finalists on the BET doc-series Chasing Destiny, earning a spot in Kelly Rowland's girl group June's Diary.

She studied economics before dropping out with only three credits left to pursue her music career and try out for Chasing Destiny.

She has cited Destiny's Child, Danity Kane and Dream as her biggest musical influences.

She was born and raised in Princeton, New Jersey. She comes from a family of six siblings. Her father used to sing in the popular group POV.

She is joined by Gabrielle Carreiro in June's Diary.

Brienna DeVlugt Is A Member Of