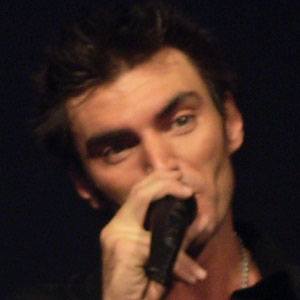 Italian DJ and producer who found fame in the late 1990's as a member of the Europop trio Eiffel 65, best known for their hit song "Blue (Da Ba Dee)." He later found success as a solo artist with dance tracks like "Geordie."

He began performing as a DJ in 1993 at BlissCorporation, and quickly opened his own label that specialized in remaking classic songs into dance tracks.

He had a side project called Sangwara, who released remixes of "Bohemian Rhapsody" by Queen, and Roberta Flack's "Killing Me Softly."

In 2012, he dropped the dance track "Beat on My Drum" featuring rapper Pitbull.

Gabry Ponte Is A Member Of