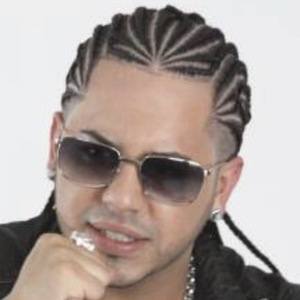 Puerto Rican reggaetón singer/songwriter who became a mainstream name in the Latin music scene after collaborating with artists such as Pitbull and Don Omar. He amassed a following of over 130,000 on the Instagram social media platform.

He made his music industry debut in 2005 when he formed the duo Gadiel Y Lobo.

Throughout his career he has adopted several professional monikers including "El General" & "El 5 Estrellas".

He is originally from Cayey, Puerto Rico. His full name is Gadiel Veguilla. He is the younger brother of world music singer Yandel.

He collaborated with Farruko and Yandel on the remix of the 2014 song "Plakito."

Gadiel Is A Member Of