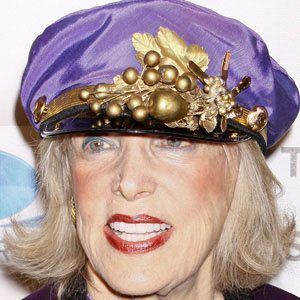 Pioneering foodie who became famous as a restaurant critic for New York magazine in 1968, when few chefs were famous and America's food obsession had yet to blossom.

After graduating from the University of Michigan, she spent a year abroad in Paris that ignited her passion for distinguished culinary creations.

When making reservations at nice restaurants, she concealed her identity by wearing wide-brimed hats and paying with other people's credit cards.

She pretended to be pregnant and single while performing field research for a New York Post article about child trafficking.

She became known as the Dorothy Parker of food critics after receiving praise from readers and chefs alike for her accuracy and sharp writing style.

Gael Greene Is A Member Of