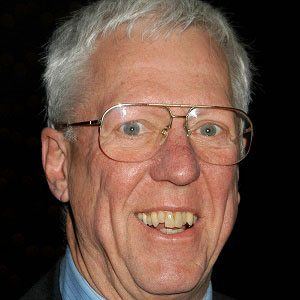 Journalist and media personality who first became famous as an actor on television shows like The Bold Ones: The New Doctors, The Virginian and Ironside. He later served as the co-host of ABC's Good Morning America from 1975 to 1987 and hosted a variety of documentaries for PBS and the Discovery Channel.

He was a standout baseball player at Mount Hermon School but turned a baseball scholarship to attend Duke University. He served in the U.S. Air Force for three years.

He conducted more than 12,000 interviews as the host of Good Morning America, which became the highest-rated morning news show in the country during his time there.

He was married to Maureen Downey, with whom he had four children, from 1974 until her death in 1997. He got remarried to Mary Clark Putman in 2001.

He co-hosted Good Morning America with Nancy Dussault from 1975 to 1977.

David Hartman Is A Member Of