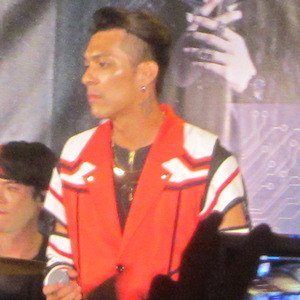 Best known as the lead vocalist of the Taiwanese pop-electronica band Magic Power. He debuted with the band during their initial formation in 2009.

His debut with the group came as the lead singer on their debut self-titled album. It was released in December 2009.

In 2012, he and his bandmates released the live DVD 2 in 1 In Concert. In November 2015, he was again featured as the lead vocalist on the majority of the songs included on The Best of Magic Power compilation album.

His performance style is influenced by the late Michael Jackson's high-energy style.

GaGa Is A Member Of