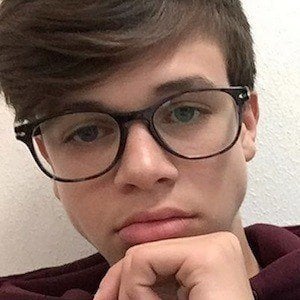 He was barely a teenager when he first launched his social media career.

He is a huge fan of the Dallas Cowboys.

He did a sibling tag video with his younger brother Carson in August of 2014.

He was a fan of Zachary Piona on Vine, often re-Vining his videos.

Gage Parris Is A Member Of