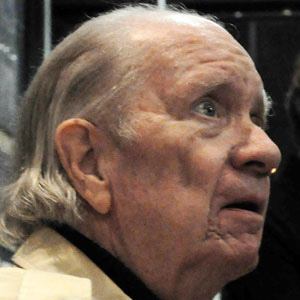 Cartoonist known for his macabre sense of humor. He created cartoons for The Magazine of Fantasy & Science Fiction and National Lampoon and also worked as a film critic for The Twilight Zone Magazine.

As a child growing up in Evanston, Illinois, he liked to play practical jokes on friends.

He was the co-creator of Gahan Wilson's The Ultimate Haunted House, a popular computer game.

His dark sense of humor has been compared to that of The Addams Family creator Charles Addams.

Gahan Wilson Is A Member Of