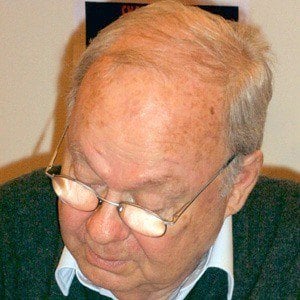 French cartoonist who became known for launching his anti-establishment publication, Siné Massacre. He was once accused of publishing an anti-semitic cartoon and was fired as a result.

He studied Graphic Arts in college while working as a Cabaret singer to pay the bills.

His cartoons published in Charlie Hebdo magazine pertaining to Jean Sarkozy's marriage to Jessica Sebaoun-Darty, a Jewish heiress, drew much controversy for allegedly being anti-semitic; he was later fired and sued for wrongful termination and won 40,000 Euros as a result.

He and fellow cartoonist Albert Uderzo were both originally from France.

Sine Is A Member Of