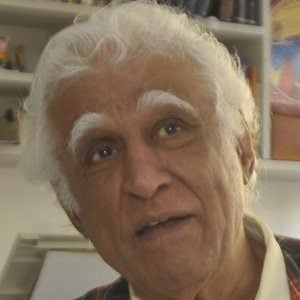 Co-creator of "O Pasquim," a comic newspaper in response to the Brazilian military dictatorship of the time. His cartoon, Turma do Perere, was the first Brazilian comic created entirely by one author.

He worked as a humor columnist at the newspaper Folha de São Paulo.

He published Turma do Pererê, the first Brazilian comic made entirely by one author and the first in Brazil done entirely in color.

He had two childen: Daniela and Antonio.

His son, Antonio Pinto, composed the score for Fernando Meirelles in the film City of God.

Ziraldo Alves Pinto Is A Member Of