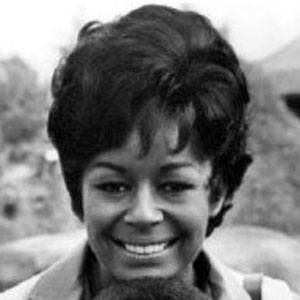 As one of televisions's first prominent black actresses, she won several awards for playing Peggy Fair, the secretary on Mannix.

She was the first black woman to make it to the semifinals of the New Jersey State Fair pageant, and won several more.

Mannix producers initially wrote in a budding romance between her and Mike Connors' character, Joe Mannix, but CBS was too reluctant to portray an interracial romance.

She and her five siblings grew up around the slums of Orange, New Jersey, after their father, a carpenter, died.

She studied for a time under Lee Strasberg at the American Academy of Arts in New York.

Gail Fisher Is A Member Of