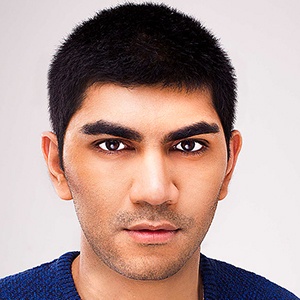 Indonesian actor and model who is known for his roles in both film and television. He is most recognized for appearing in the 2016 film Midnight Show where he played the character of Juna. In addition to his acting, he is also a model and shares his professional portraits with his over 700,000 Instagram followers.

Beginning his career in entertainment as a model, he went on to make his film debut in the 2014 film The Right One where he played the character of Jack. He went on to star in television in 2013 beginning with the series Dream of Laila. In 2016, he began his first web series School of The Dead.

In addition to his acting, he has also worked as a screenwriter and director. He wrote his first feature film in 2015 called Tuyul Part 1. He has written other scripts including Pizza Man and Zodiac: What's Your Star?

He was born and raised in Jakarta, Indonesia. He is also known for his relationship with fellow actress and singer Ardina Rasti.

He starred alongside Miller Khan and Nicky Tirta in the 2017 Indonesian horror film Minako Grocery Plot.

Gandhi Fernando Is A Member Of