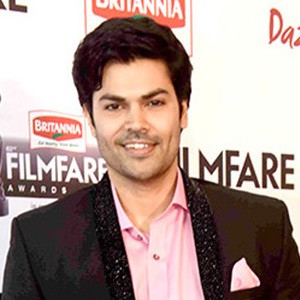 Actor who has risen to fame for his Bollywood film career throughout the India's various regions. He won the Edison Award for best supporting actor in 2009 for his work on the Tamil thriller film Unnaipol Oruvan.

He worked as a model prior to acting. He was named Gladrags' Mr. India 2003 before representing his home country at Mr. World 2004.

He was named the third runner-up during the 2017 season of the popular reality TV series Bigg Boss. He made his Telegu film debut in the 2012 film Damarukam.

He married his wife, actress Nisha Krishnan, in November 2015.

He and Kamal Haasan starred together in the 2009 thriller film Unnaipol Oruvan.

Ganesh Venkatraman Is A Member Of