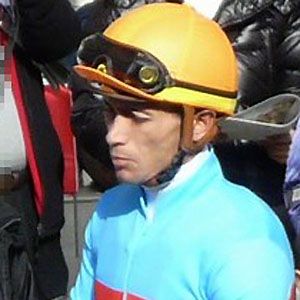 American jockey with several Breeder's Cup victories under his belt, he won 76 stakes races in 2007, setting a new record.

He dropped out of school in tenth grade to become a professional jockey.

His father was also a horse jockey.

He was a major competitor to Alex Solis.

Garrett Gomez Is A Member Of