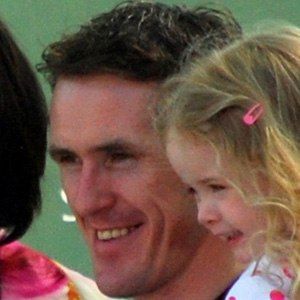 Irish horse jockey who became the first of his profession to win the BBC Sports Personality of the Year Award in 2010.

He won a number of the major horse races across the United Kingdom, including the Gold Gup, Grand National and the Champion Chase.

He married Chanelle McCoy and he has two children named Archie and Eve.

He and Hall of Famer Angel Cordero are two of the most successful jockeys in the history of the sport.

Tony McCoy Is A Member Of