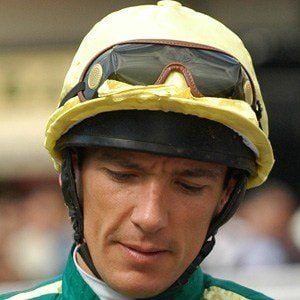 Champion jockey who rode the winners of more than 500 Group races, earning the Order of the British Empire.

In early 2013 he competed in the 11th season of the reality show Celebrity Big Brother.

His father Gianfranco was a champion jockey in the 1970s.

He was housemates with Heidi Montag and her husband Spencer Pratt on Celebrity Big Brother.

Frankie Dettori Is A Member Of