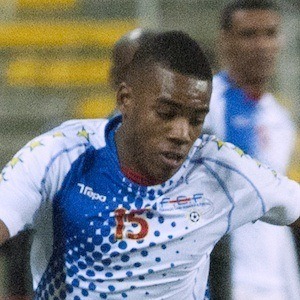 Professional soccer player who rose to fame playing the winger position for Galatasaray Spor Kulübü of Turkey's Süper Lig. During the 2017 season, he made a total 23 appearances with the organization.

In his youth, he played for Feyenoord and Portuguese Real Sport Clube.

He was called up to play for Cape Verde at the international level in 2013.

He and Selçuk İnan both played for Galatasaray S.K.

Garry Rodrigues Is A Member Of