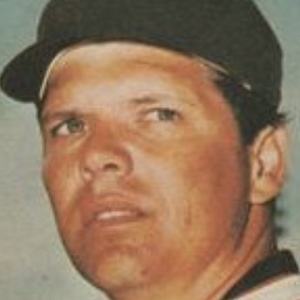 Pitcher nicknamed "Ding Dong" most famous for his decade-long stint with the Cleveland Indians. He made three All-Star Games with the Indians and one during his two seasons with the Boston Red Sox, with whom he appeared in the 1967 World Series against the St. Louis Cardinals.

He was born in San Antonio, Texas and began his MLB career with the Indians in 1958.

He was roommates with Jim Bouton, author of the classic autobiography Ball Four, and was featured prominently in the book.

He married his high school sweetheart Barbara Ann Jahn in 1955. He later married a woman named Rhonda in 1978.

He was traded to the Red Sox in exchange for first baseman Tony Horton in 1967.

Gary Bell Is A Member Of