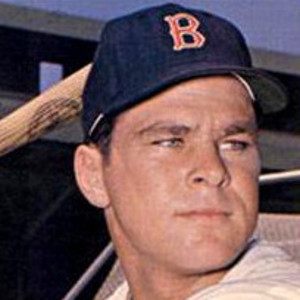 First baseman known for attempting suicide after pulling himself from a game while playing for the Cleveland Indians.

He made his MLB debut at age 19 as a reserve first baseman for the Boston Red Sox.

He hit for the cycle in the first game of a 1970 doubleheader, the second game being the one he famously pulled himself from.

His father played football and basketball at UCLA.

His sudden exit from the game of baseball was referred to in the autobiography of manager Alvin Dark as “the most sorrowful incident I was ever involved in in my baseball career.”

Tony Horton Is A Member Of