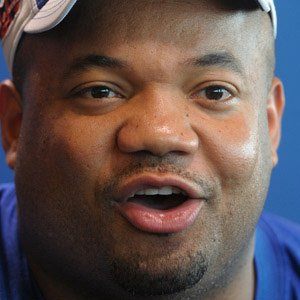 NFL linebacker who played with the Indianapolis Colts from 2003 to 2011. He helped the Colts capture Super Bowl XLI in 2007.

He attended Rutgers University as a walk-on, and by his senior year, he was named captain and MVP of the defensive team.

He received the NFL Arthur S. Arkush Humanitarian Award in 2009 for his work with the IMPACT Foundation, a charity he founded for underprivileged children.

He attended Glassboro High School in New Jersey and received many titles while at Glassboro, including two-time All-South Jersey selection, two-time All-Group I choice, and two-time All-Tri-County Conference choice.

He played alongside Peyton Manning for the Indianapolis Colts victory over the Chicago Bears in Super Bowl XLI.

Gary Brackett Is A Member Of