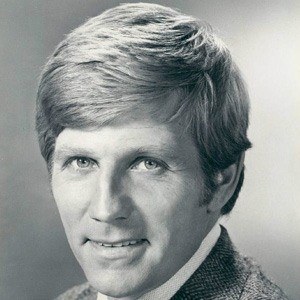 He enlisted in the U.S. Army after graduating from Santa Monica City College.

He won the Daytime Emmy for Outstanding Talk or Service Show Host in 1984 and was nominated for five more in his career.

He appeared in an episode of Dirty Sexy Money with Donald Sutherland .

Gary Collins Is A Member Of