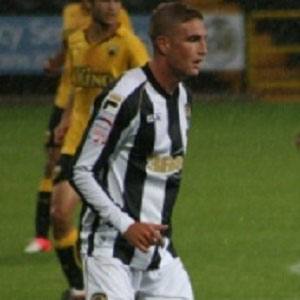 English soccer player who has made a name for himself as a member of teams like Notts County and Bradford City. He won an FA Youth Cup title for the 2003-04 title with Middlesbrough.

He began his youth career with his hometown club Middlesbrough before turning professional with the team in 2002.

He got engaged to Leanne Robinson. The two later married and had a daughter together.

He has been managed by Phil Parkinson at Bradford City.

Gary Liddle Is A Member Of