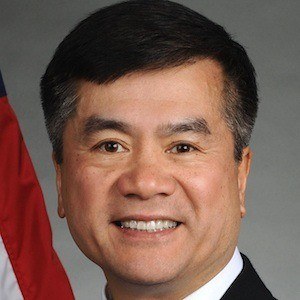 The 21st Governor of Washington from 1997 to 2005 who served in the Obama administration as United States Secretary of Commerce from 2009 to 2011.

He got his law degree from the Boston University School of Law in 1975.

He had three children with his wife Mona Lee, who he married in 1994.

He was appointed US Secretary of Commerce by President Barack Obama .

Gary Locke Is A Member Of