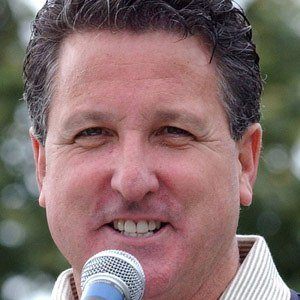 Sportscaster who's worked with ESPN, CBS, and CNN, specializing in baseball.

He was the sports director at Southern Illinois University Carbondale's radio and television stations.

He hosted the radio show West Coast Bias on KSPN in Los Angeles.

He had a daughter named Calle and a son named Rigley with his wife Lisa Marie.

He teamed up with Eric Karros, broadcasting games on KCAL9.

Gary Miller Is A Member Of