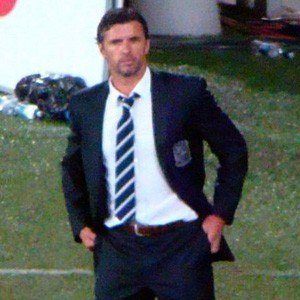 Midfielder who played for the Wales national team from 1990 to 2004 and spent his club career with five different teams, most notably Leeds United and Newcastle United. He tragically took his own life in 2011.

He began his youth career with Leeds United at age 15 and debuted professionally for the club in 1988.

He scored 103 goals in his 677-game club career which ended with Sheffield United in 2010.

He had two sons, Tommy and Eddy, with longtime partner Louise.

He was teammates with Ryan Giggs on the Wales national team.

Gary Speed Is A Member Of