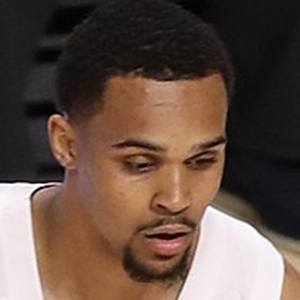 Shooting guard who averaged 14.5 points per game in his only season at Duke University. Following the Blue Devils' loss in the 2018 NCAA Men's Basketball Tournament, he announced his intention to enter the NBA Draft.

He was a McDonald's All-American coming out of Apple Valley High School in Apple Valley, Minnesota.

He was named the MVP of the 2015 FIBA Americas U16 Championship.

He is the son of former basketball player Gary Trent. He has brothers named Garyson, Grayson and Graydon.

He was coached by Mike Krzyzewski at Duke.

Gary Trent Jr. Is A Member Of