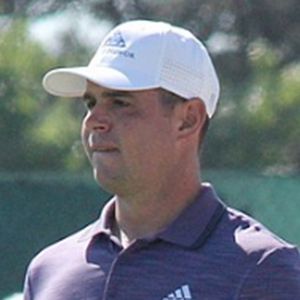 Golfer who rose to worldwide prominence for his win at the 2019 PGA Tour US Open. He earned his sixth pro victory with his win.

He originally enrolled on a basketball scholarship at Washburn University. He transferred to the University of Kansas following his freshman year on a full golf scholarship.

He won the gold medal at the 2011 World Cup of Golf representing the US. He tied for 8th at the 2019 PGA Tour Championship prior to winning that year's US Open.

His parents' names are Dan and Linda.

He held off Brooks Koepka to win the 2019 US Open.

Gary Woodland Is A Member Of