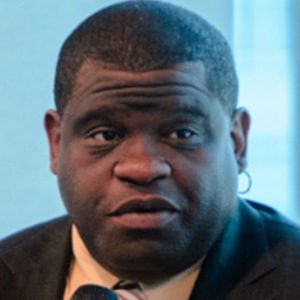 British journalist whose profile has risen as an editor-at-large for The Guardian. He has also maintained a regular column "Beneath the Radar" for The Nation, and was named a UK Fellow of the Academy of Social Sciences in 2016.

He taught English at age 17 in a United Nations-sponsored Eritrean refugee school. He later earned his degree in French and Russian from Heriot-Watt University.

His 2016 book Another Day in the Death of America: A Chronicle of Ten Short Lives was named to the 2017 Andrew Carnegie Medal for Excellence in Non Fiction long-list. He won the 2015 David Nyhan Prize for political journalism from Harvard University's Shorenstein Center.

He shares two children named Zora and Osceola with his wife Tara.

He covered Barack Obama's first bid for presidency in 2008 for The Guardian.

Gary Younge Is A Member Of