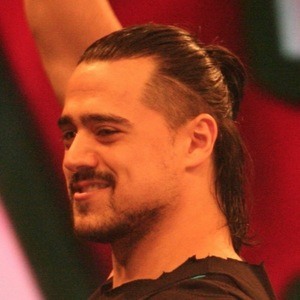 Luchador who signed with WWE's NXT promotion in 2018. He was previously a champion in promotions like The Crash, Impact Wrestling and Federación Internacional de Lucha Libre.

He received training from former professional wrestler Arturo Beristain. He made his lucha libre debut in November 2008.

He unmasked himself for the first time on the dating show Mitad y Mitad: Lucha por el Amor in 2012.

His real name is Humberto Garza Solano. He comes from a prominent Mexican wrestling family, including grandfather Mario Segura and uncle Héctor Garza.

Garza Jr. Is A Member Of