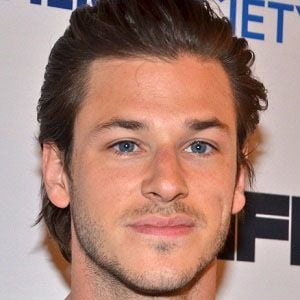 Actor best known for his roles in Hannibal Rising and A Very Long Engagement. His role in the 2003 film, Strayed, earned him a nomination for a Cesar Award for Most Promising Actor. After a terrible skiing accident, he died at the age of 37.

A doberman pinscher gave him a scar on his cheek when he was six years old. He later modeled for French Vogue. In 1997, he debuted in Mission protection rapprochee.

He played Loic in the award-winning 2002 film, Summer Things.

He was born to Serge and Christine Ulliel. He dated Gaelle Pietri, and the couple had one son.

He and Kate Moss were the main models for Longchamp.

Gaspard Ulliel Is A Member Of