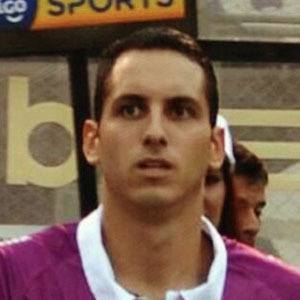 Goalkeeper who has represented Paraguay at tournaments like the 2011 Copa América. At the club level, he is most famous for his eighth years spent as a member of the Paraguayan team Cerro Porteño.

He joined Cerro Porteño's youth system when he was 12 years old.

He was named Best Goalkeeper at the 2017 Copa do Brasil.

He is the son of former goalkeeper Roberto Fernández.

He has been teammates with Justo Villar Viveros on the Paraguayan national team.

Gatito Fernández Is A Member Of