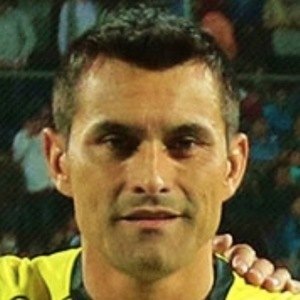 Goalkeeper who represented Paraguay at numerous international tournaments, including Copa América and the FIFA World Cup. He won league titles as a member of clubs like Libertad, Newell's Old Boys and Colo-Colo.

He began his career at Club Sol de América in 1996.

He was named Paraguayan Footballer of the Year in 2004.

His parents are Analía Viveros and Justo Solano Villar.

He was managed by Gerardo Martino on the Paraguayan national team.

Justo Villar Viveros Is A Member Of