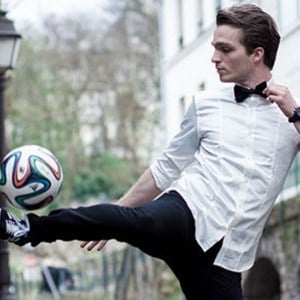 Decorated freestyle soccer player who's been a World Champion seven times over. He's won the championship in the duo category four times with partner Clément Reubrecht.

He started freestyling in 2006 after discovering the discipline on the internet.

He's also part of the Foostyle Group, a competitive team of freestylers who've also entertain at various venues and events.

He and his team have performed for major soccer icons like Zinedine Zidane and Lionel Messi.

Gautier Fayolle Is A Member Of