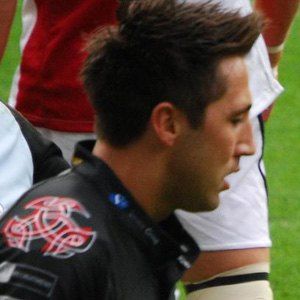 Veteran Welsh fly-half who first became a member of the Wales national team in 2001.

He made his first professional rugby appearance at age 18, playing one game for Llanelli RFC.

He signed with London Welsh RFC in 2012, after a one-year stint with the Cardiff Blues.

He had two children, Ruby and Dexter, with his wife, singer Charlotte Church.

He competed on the 8th season of the UK's Strictly Come Dancing against Peter Shilton .

Gavin Henson Is A Member Of