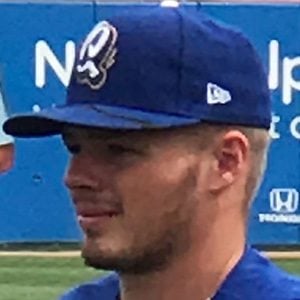 American baseball player who is best known for playing for the Los Angeles Dodgers. He usually plays the position of shortstop.

He was selected by the LA Dodgers in the 2016 MLB draft.

He has accrued over 130,000 followers to his Instagram page. He played baseball in high school at the Indian Trail Academy in Wisconsin.

He has a mother named Heather.

At just under 22 years old, he became the youngest Dodger to hit a postseason game home run, a record that had previously been held by Cody Bellinger.

Gavin Lux Is A Member Of