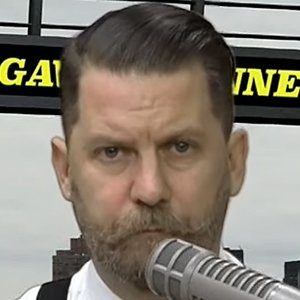 Canadian writer, actor, television personality, Fox News contributor, and founder of Vice Media. He began making headlines in 2015 after commenting on the state of masculinity, women's rights, and various social issues in the United States.

He co-founded Vice Media with Shane Smith and Saroosh Alvi in Toronto in 1994 as a punk music magazine that quickly grew into one of the biggest media companies in the world. He was soon bought out by the company because he was assessed and labelled a liability.

He began hosting his own podcast in 2015 through Anthony Cumia. He has been banned from websites, cursed at people, and ended on air shows with in shouting matches over his right-wing and regressive views on feminism, masculinity, women in the workplace, racism, race relations, immigration to the United States, and more.

He was born in England, raised in Canada, and now resides in New York City. He married publicist and consultant Emily Jendrisak in 2005. They have three children. In 2013 he said that having children convinced him that he should be pro-life and that he went from being a lifelong atheist to a born-again Roman Catholic.

Gavin McInnes Is A Member Of