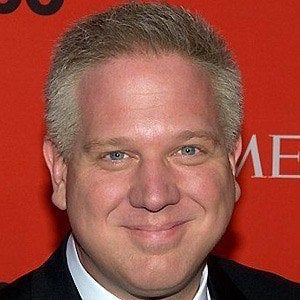 He worked at Utah and Washington D.C. radio stations.

He is a political commentator who had a show on FOX and had a best selling author. He was also the CEO of Mercury Radio Arts.

He married Claire in 1983 and divorced her in 1994. He married Tania Colonna on January 8, 2000. He has three daughters named Cheyenne, Mary and Hannah and a son named Raphe.

In 2009, he criticized Van Jones, Special Advisor for Green Jobs under Obama, in a series of episodes, calling him a "radical revolutionary communist."

Glenn Beck Is A Member Of