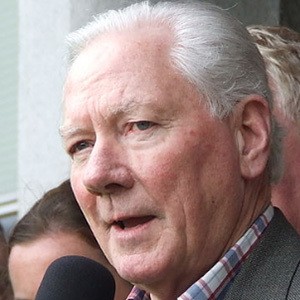 Decorated television show host who is best known for having been the host of Ireland's The Late Late Show from 1962-1999. He was named the most influential man on television by The Irish Times in 2010.

In 2009, he began hosting the talk show series The Meaning of Life.

He was married to Kathleen Watkins from 1964 until his death in November 2019.

He was one of the first TV personalities to interview The Beatles.

Gay Byrne Is A Member Of