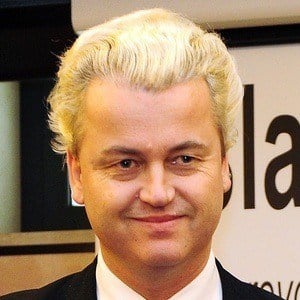 Known as the founder of the right-wing Party for Freedom, he served in the Dutch House of Representatives during the early years of the 21st Century.

After studying law at the Dutch Open University, he lived in Israel for several years.

He became well-known for his controversial and intensely negative remarks about the religion of Islam.

He and his three siblings were born into a Catholic family in Venlo, Netherlands.

In 2004, he and feminist leader and fellow Dutch politician Ayaan Hirsi Ali were the objects of an unsuccessful assassination attempt.

Geert Wilders Is A Member Of