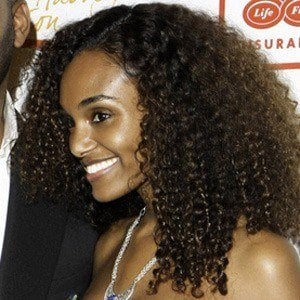 Ethiopian model and civil rights activist who has appeared on the covers of magazines like Marie Claire, Essence, and Allure.

She started modeling early on in her life, after a scout for Ford Models noticed her in her native country of Ethiopia.

She has been a noted humanitarian since becoming a recognizable figure, and has been associated with charitable organizations like Charity: Water and A Glimmer of Hope.

She was born in Addis Ababa, Ethiopia. She began a relationship with Tyler Perry in 2009 and in 2014, she and Perry welcomed a son named Aman. In late 2020, she and Perry broke up.

Both she and wrestler Rena Mero have modeled for cosmetics brand L'Oreal.

Gelila Bekele Is A Member Of