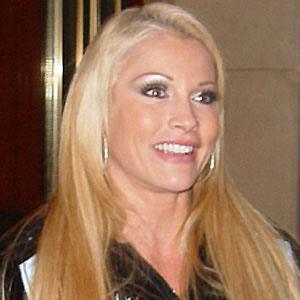 Born Rena Greek, but now known as Rena Lesnar or by her stage name Sable, she is a former WWE Diva whose career spanned from 1996 to 2004. She also appeared on the cover of Playboy magazine three times.

She modeled for Guess and L'Oreal before beginning her wrestling career.

She was on an episode of the TV series, Pacific Blue.

She married Brock Lesnar in 2006. The couple had two children: Duke and Turk. She also had a daughter named Mariah with her first husband, Wayne Richardson, and she was married to her second husband, Marc Mero, from 1994 to 2004.

She was in the film Corky Romano with Chris Kattan.

Sable Is A Member Of