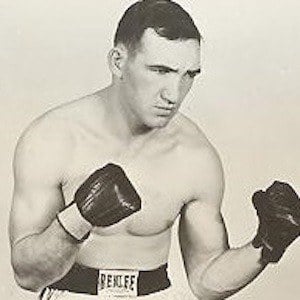 Former Middleweight Champion who compiled a career record of 55-6-3, with wins over such top-tier boxers as Sugar Ray Robinson, Benny Paret and Florentino Fernandez.

He was encouraged to become an amateur boxer by future manager Marv Jenson.

He won his debut fight by knocking out Charley Cato in the fourth round of a match in September, 1951.

He had two brothers, Don and Jay, who were also boxers.

Gene Fullmer Is A Member Of