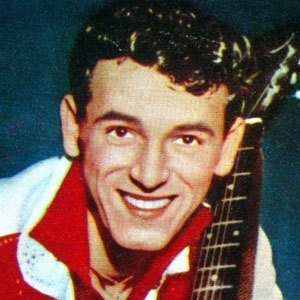 Singer of the top ten hit "Be-Bop-a-Lula" who became one of rockabilly's most well-known acts.

He overcame a serious car accident that broke several of his bones to become a star with his six-piece band.

He was born in Norfolk, Virginia; his father was a coast guard officer during World War II.

Robert Downey, Jr. covered three of his songs, though not his most famous one, in the 2003 film The Singing Detective.

Gene Vincent Is A Member Of