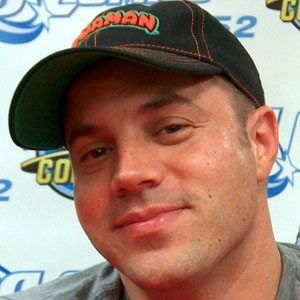 Notable for his work with DC Comics, he contributed to Superman, Green Lantern, The Flash, and Aquaman storylines and also penned several comics crossover series.

He studied filmmaking and media arts at Michigan State University.

He worked as a writer for The CW superhero series Arrow and helped produced the 2011 Green Lantern movie.

He was born to parents Fred and Barbara Johns and grew up with two siblings; his sister Courtney was a victim in the 1996 crash of TWA Flight 800. He and fellow DC comics colorist Sonia Choi welcomed their first child together in 2016.

Shortly after graduating from college, Johns interned with Hollywood director Richard Donner during the filming of the late 1990s feature Conspiracy Theory.

Geoff Johns Is A Member Of