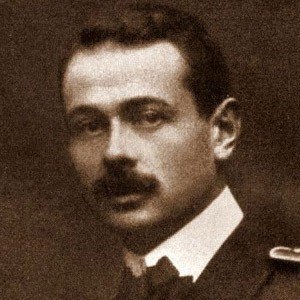 Austro-Hungarian war hero who was a Navy officer during World War I and earned the Military Order of Maria Theresa. His family was the inspiration for the popular musical The Sound of Music.

He entered the K.u.K. Austro-Hungarian Navy when he was fourteen and graduated after four years.

He founded the Trapp Family Austrian Relief, Inc. with his family.

He was married twice and had ten children between both marriages.

Christopher Plummer portrayed him in the 1965 film The Sound of Music.

Georg Johannes Vontrapp Is A Member Of