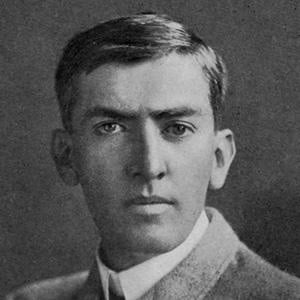 American writer, playwright, and humorist whose best-known works include The College Widow, The Fair Co-ed, and Fables in Slang. He made heavy use of satire and irony and was also known for creatively breaking the rules of capitalization.

He attended Purdue University, where he wrote for the Lafayette Call and met his lifelong friend, cartoonist John T. McCutcheon. He and McCutcheon went on to collaborate on a Chicago Morning News column called 'Stories of the Streets and of the Town.'

His literary idol was the acclaimed author, Mark Twain.

He and his six siblings were raised in Indiana. He died in his home state at the age of seventy-eight.

While attending college, he became a Sigma Chi fraternity brother, as did Hank Stram.

George Ade Is A Member Of